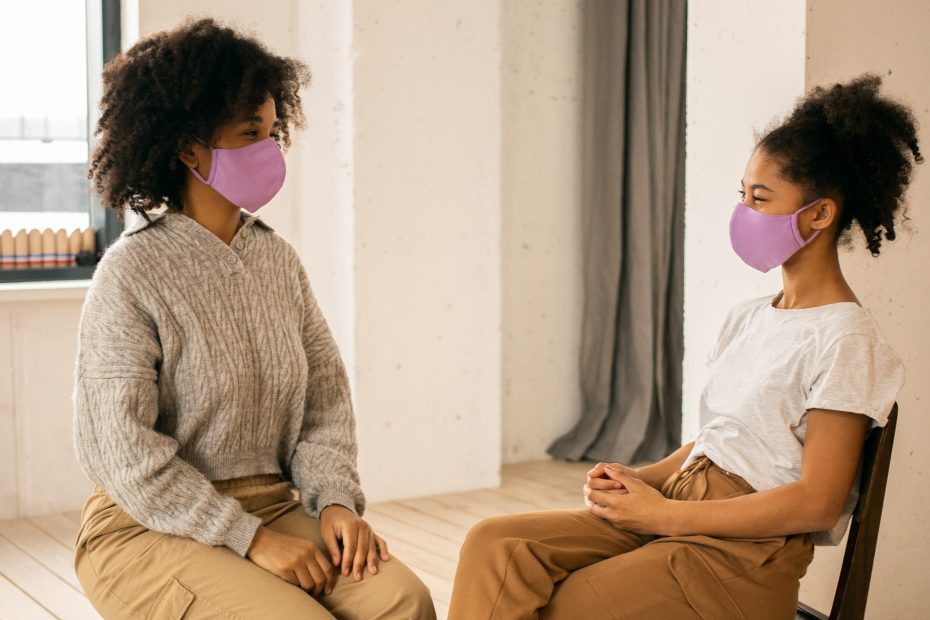 The UNCRC[2] explicitly mentions the right to information in its Articles 13 and 17 that concern the access to information in a broad sense and in a wide range of contexts. The aim of those provisions is to make sure that the child is considered an active member of society, having access to information that enables him or her to hold and express opinions. Access to information is a fundamental precondition for children to exercise each of their rights, and not only a procedural safeguard for children’s involvement in administrative and judicial proceedings. Articles 13 and 17, together with Article 12 UNCRC, are part of the so-called “participation rights” of children. Child participation is a concept that is broader than the child’s right to be heard, encompassing the involvement of children in all stages of a decision-making process that affects them, on the basis of their recognized capacity to have an active role and of the value of their views and opinions.

The first, fundamental step for genuine child participation (defined as an “umbrella term” for a cluster of rights)[3] is that children should be made aware of their participation rights. The child should nevertheless be able to form his or her opinion, being aware of the matters at hand, of the possible consequences and scenarios of the situation, of the ways in which his or her opinion can be conveyed to the person(s) that is(are) responsible for taking the final decision.

It is undoubtful that informing the child is an essential component of child-friendly justice, particularly as concerns the procedures for the involvement of children before the start of a judicial proceedings or as an adequate preparation to the hearing of the child (especially by the judge). There is less certainty as concerns the provision of information to the child after the hearing by the judicial authority (as a form of feedback), or after the end of judicial proceedings, concerning whether and how the final decision is communicated to the child. In both cases, few references are to be found in international conventions and other binding instruments.[4]

In matters concerning children, the UNCRC is a source of inspiration for the adoption of international instruments of private international law and, when instruments pre-existed, the UNCRC has promoted the intensification of the inter- national cooperation (also) in this specific field as a mean for the enhancement of the rights enshrined in the convention itself.

Reference is made to the pillars of the UNCRC, such as the principle of non-discrimination, the best interests of the child and the right of the child to be heard, but also to (i) Article 11, which makes reference to the obligation of the Contracting States to adopt measures aimed at combating the illicit transfer of children and their non-return, (ii) Article 35, referring to the duty of the States to prevent abduction of children as well as their sale and traffic “for any purpose or in any form”, and (iii) Article 21, referring to adoption and to the duty of the States to grant that the system of adoption ensures the best interests of the child.

The Hague Conference is the global actor working «for the progressive unification of the rules of private international law»,  which enhances constructive co-existence and co-operation (also) between national family law systems.

The 1980 Hague Convention, adopted few years before the adoption of the UNCRC, establishes that a child illicitly abducted by one parent and taken abroad shall be promptly returned to the State of previous habitual residence.

The focus is, therefore, on jurisdiction, but children’s welfare is considered within the exceptions to the return mechanism, i.e. under Articles 12, 13 and 20 of the Convention.

The abducting parent can oppose to return (i) if the period of one year has not expired and the child has not settled in his or her new environment (Article 12.2); (ii) if the person, institution or other body having the care of the child is not exercising the custody rights at the time of removal or retention, or has consented to or subsequently acquiesced in the removal or retention (Article 13.1 lit. a); (iii) if there is a grave risk that his or her return would expose the child to physical or psychological harm or otherwise place the child in an intolerable situation (Article 13.1 lit. b); (iv) if the child objects to being returned and has attained an age and degree of maturity at which it is appropriate to take account of his or her views (Article 13.2); (v) if return would not be permitted by the fundamental principles of the requested State relating to the protection of human rights and fundamental freedoms.

Whilst the human rights and fundamental freedoms exception is of a general nature and may be applied also for the protection of the abducting parent, the exception grounded on the objections of the child under Article 13.2 is strictly connected to children participation to child abduction proceedings.

The rule focuses on the age and maturity of the child as elements to be considered by the judge when deciding whether hearing or not hearing the child. The application of this exception is clearly left to the discretion of the judges.[5]

On the contrary, Article 12 of the UNCRC clearly states the right of the child to be heard in all proceedings concerning him or her. All children capable of forming their views shall be granted the right to express those views freely in all Matters Affecting Them. Age and maturity will be relevant in a second moment, when the court will have to consider the weight to be attributed to the views of the child.

The existing tension between the two rules should be composed by granting priority to the child’s right to express his or her views as expressed by Article 12 UNCRC.

In some cases, the 1980 Hague Convention has been implemented in national law in such a way to extend the hearing of the child to situations other than those under Article 13.2.

Relevant is also the decision rendered by the English judges in the case Re D, where it has been stated that the principle concerning the hearing of the child, given the existing obligations deriving from Article 12, shall apply «not only when a ‘defence’ under Article 13 has been raised», but in every Hague Convention case, since «it erects a presumption that the child will be heard unless this appears inappropriate». On the other hand, hearing the child does not mean that effect to the views of the child shall be given at any cost.

More recently, the issue has been addressed in the 2017 Special Commission, which highlights (i) the support received by the participant States to extend the hearing of the child to all abduction proceedings independently of whether the defence under Article 13(2) has been raised, and where (ii) the importance of ensuring that the person interviewing the child should have appropriate training has been “emphasized” and (iii) the need for the child to be informed on the process as well as on the possible consequences of it has been recognized.

Crucial is the impact of abduction in the entire lives of children, in their wellbeing and interpersonal relationships. Crucial is, therefore, their participation in the decision making-process.

The above examples confirm a growing attention in this respect at legislative and judicial level.[6]

The efforts of the international community towards a global recognition of the fundamental rights of the child has allowed a greater acknowledgment of the necessity to provide a special protection for children. This necessity is well acknowledged in the context of the European Union, that recognizes the need to protect human rights in general and the rights of children in particular, and where the creation of a child-friendly justice represents an important element of the EU action in the field. In this context, the international and regional legal framework on children’s rights inspires, guides and influences the EU instruments adopted in the field of family law, with particular reference to the field of judicial cooperation in civil matters, where there has been a growing interest in enhancing the protection of the rights of the child, which may be at higher risk of violation in cross-border situations.

In particular, the right of the child to be heard and participate in any judicial proceedings in which his or her rights or interests are at stake is one of the cornerstones of the creation of a child-friendly justice. However, a meaningful and safe participation of the child in the civil proceedings in which she or he is involved is not possible if he or she does not receive adequate information. A child-friendly justice system cannot be effectively implemented if the provision of information to children is disregarded: this aspect is critical in order to ensure that children have a correct perception of the judicial proceedings. Children cannot realize their rights without receiving reliable and comprehensible information before, during and after the proceedings.[7]

The present article is an excerpt to the volume collecting the results of research activities conducted under the project “MiRI – Minor’s Right to Information in EU civil actions – Improving children’s right to information in cross-border civil cases”. The volume is available at https://www.defenceforchildren.it/it/news-299/children-s-rights-to-information-in-eu. This project has been co-funded by the European Union Justice Programme 2014-2020, JUST-JCOO- AG-2018 JUST 831608, and has started the first of January 2020. The University of Genoa (Italy) has been the Coordinator and Partners institutions have been the European Association for Family and Succession Law, the University of Valencia (Spain), the Turiba University (Latvia), Defence for Children International – Italy, the Institute of Private International Law in Sofia (Bulgaria). The project’s main objective was to address the fundamental right of the child to receive information during the course of civil proceedings affecting him or her. In this context, and as will be argued in the first chapter of this Volume, the right to information is coinceived not only as a corollary of the right of the child to be heard during the course of the proceedings, but also in the light of the possible developments as an autonomous procedural right.

[2] Convention on the Rights of the Child, adopted and opened for signature, ratification and accession by General Assembly resolution 44/25 of November 20, 1989, entered into force on September 2, 1990.

[3] W. Vandenhole, G. Erdem Türkelli, S. Lembrechts, Children’s Rights. A Commentary on the Convention of the Rights of the Child and its Protocols, Cheltenham-Northampton, 2019, p. 157. The authors cite the definition of participation provided by E.K.M. Tisdall, Children and Young People’s Participation: A critical consideration of Article 12, in W. Vandenhole, E. Desmet, D. Reynaert, S. Lembrechts, Routledge International Handbook of Children’s Rights Studies, London, 2015, p. 186, according to which participation is «[T]he process of sharing decisions which affect one’s life and the life of the community in which one lives».

[5] From the E. Pérez-Vera Explanatory report on the 1980 Hague Child Abduction Convention, available at https://assets.hcch.net/docs/a5fb103c-2ceb-4d17-87e3-a7528a0d368c.pdf (last accessed July 2, 2021), it results (see para. 30) that «[s]uch a provision is absolutely necessary given the fact that the Convention applies, ratione personae, to all children under the age of sixteen; the fact must be acknowledged that it would be very difficult to accept that a child of, for example, fifteen years of age, should be returned against its will. Moreover […] all efforts to agree on a minimum age at which the views of the child could be taken into account failed, since all the ages suggested seemed artificial, even arbitrary. It seemed best to leave the application of this clause to the discretion of the competent authorities».